My compositions are defined by the importance of color and textures, and the structures of my works are intimately linked to the orchestral choices I make for each composition, whether a solo piece or a composition for full orchestra. I refer to this approach as Orchestration as Design. Composing from this perspective emphasizes the importance of timbres, color, and texture as structural principles in composition. The focus moves away from harmony and pitch systems to conceive of the continuous gesture of unfolding music in real time and stresses the perceptible experience of sound through a global approach instead of a sequential or cellular approach. 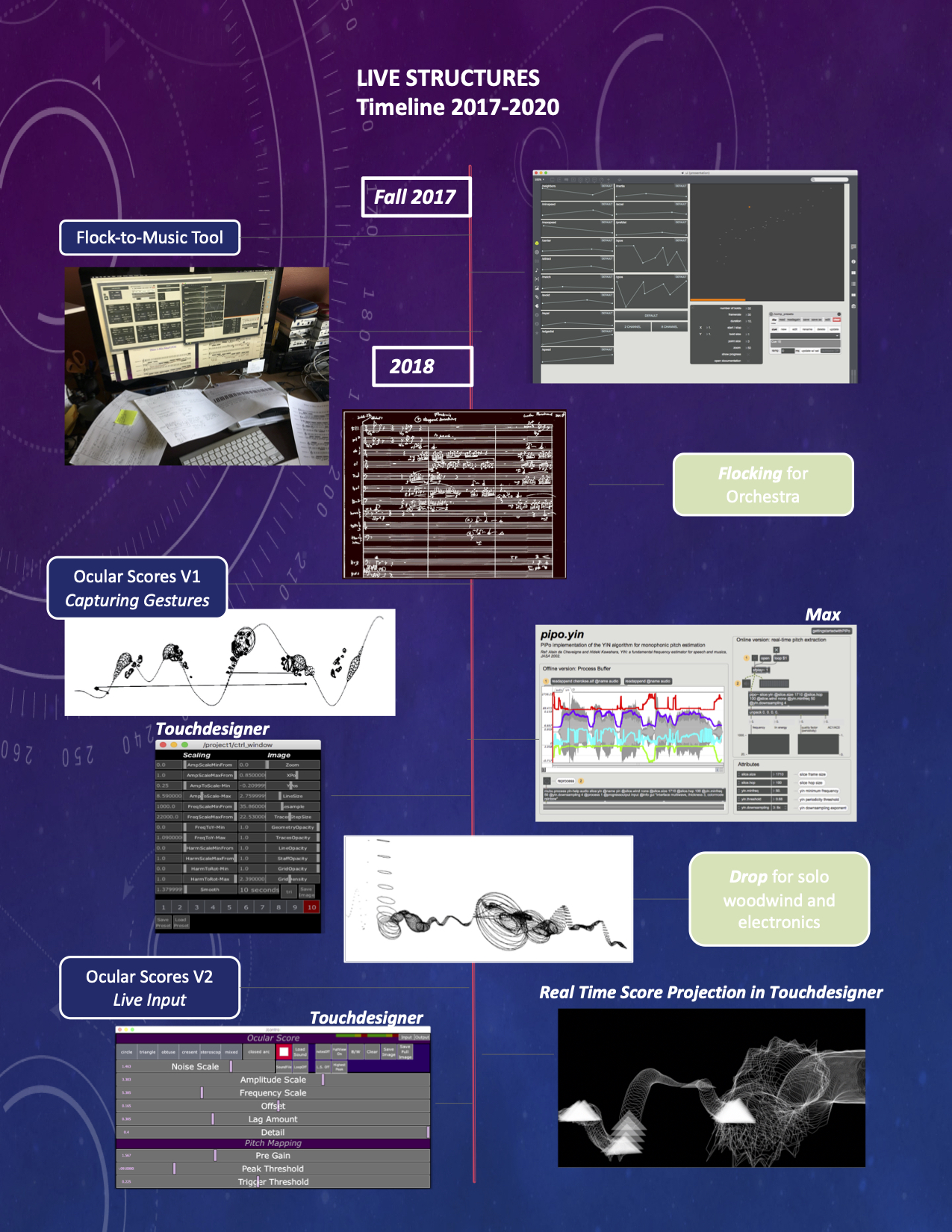 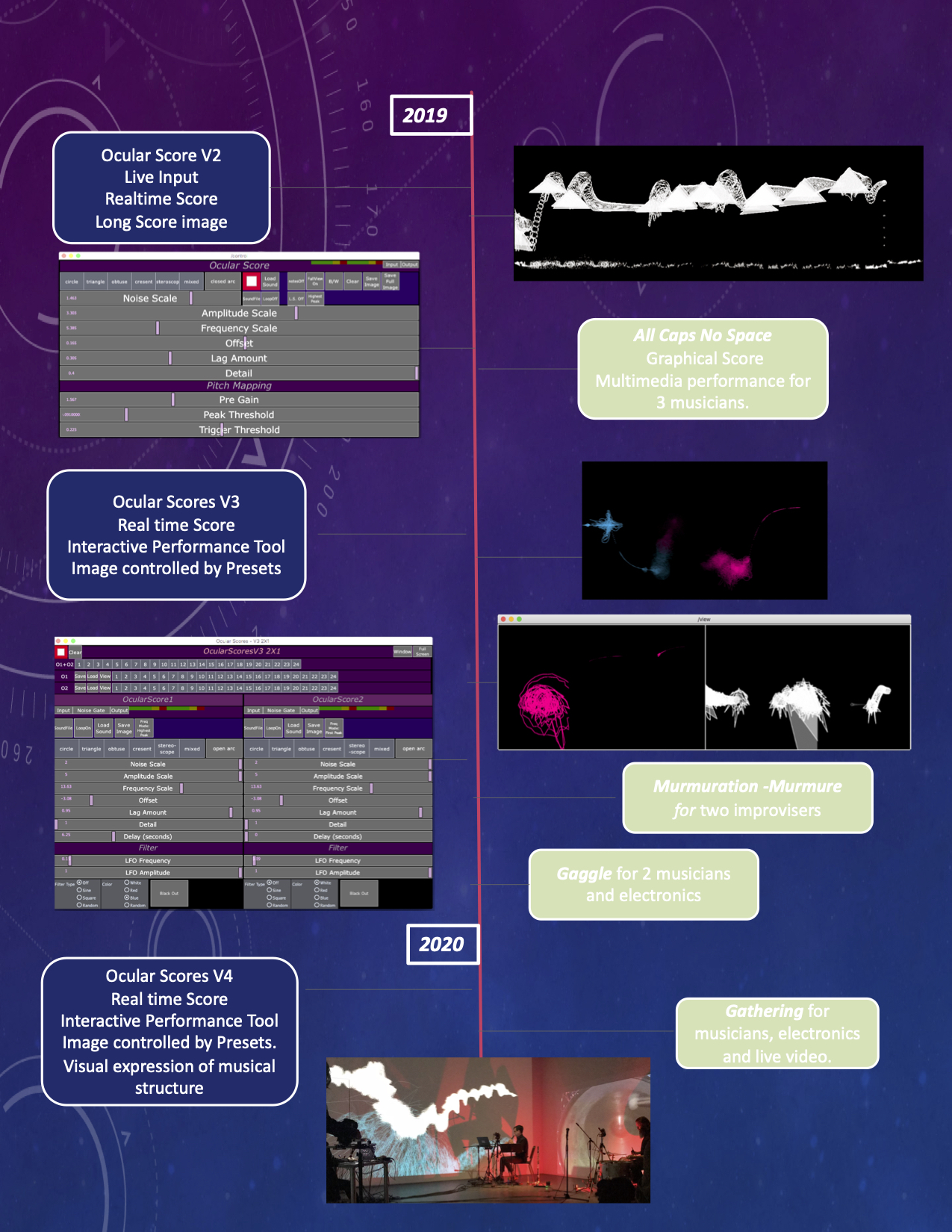 My work takes its inspiration from the world we live in: natural, sociological, and political. It is often inspired by nature’s geometry, structure, and textures, as if writing music could begin by starting with a magnifying glass at nature’s elements — water-gas-rock formations and chemical reactions — and creating from these images a series of abstract landscapes. It is also inspired by the world of humans, which is complex — rich and disconcerting, inspiring and horrifying.

I do not try to make an aesthetic experience of this reality. But as an artist, I question and seek to understand if the aesthetic paradigm expressed in sounds can be relevant, provocative, revealing, and possibly restorative for the listener.

In this research, I am going one step further with these various sources of inspiration to include data interpretation in the construction of my compositions — data from complex natural behaviors and from the analysis of rich sounds.

This systematic data investigation is the process by which I create Live Structures compositions that simulate specific complex systems. The interpretation from the analysis of complex sounds into graphical notation, symbolic systems, and nomenclature allows for repeated performances. 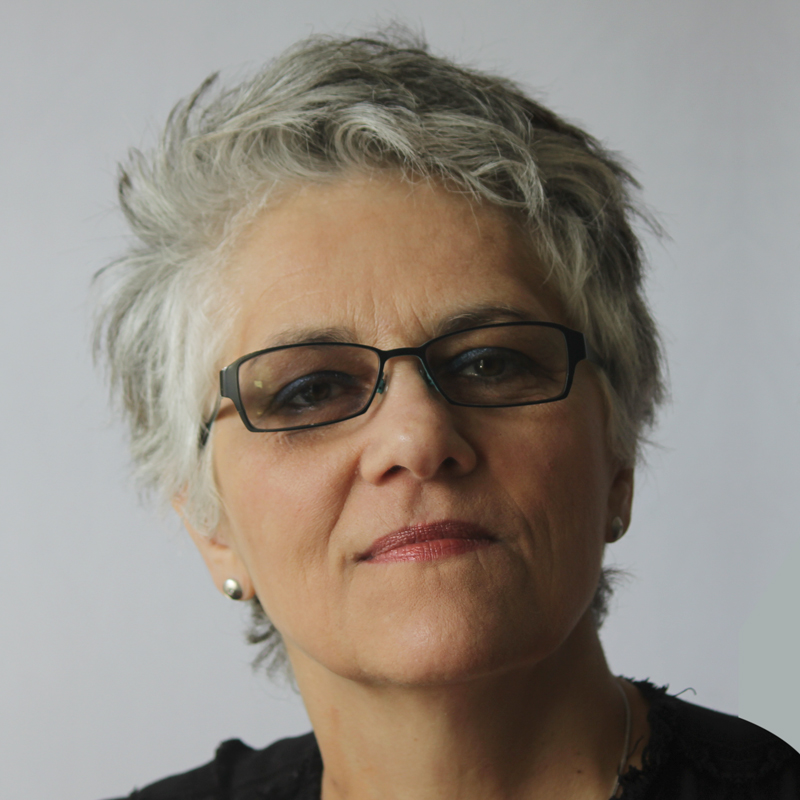 Born in Québec, Canada, Linda Bouchard has been an active composer, orchestrator, conductor, and producer for more than thirty-five years.

Winner of both Composer of the Year from the Conseil Québecois de la Culture and the Joseph S. Stauffer Prize from the Canada Council for the Arts in 1999, Bouchard received the Fleck Fellowship from The Banff Centre in fall 2015 and the Davidson Award from the Victoria Symphony Orchestra in Canada in 2017. Her honors in the United States include first prizes at the Princeton Composition Contest, the Indiana State Competition, and the National Association of Composers USA Contest and a Fromm Music Foundation Award from Harvard University.

Bouchard came from Canada to the United States in 1977 to study composition with Henry Brant. She lived in New York City from 1979 to 1990, where she composed, led new music ensembles, and made orchestral arrangements for The Washington Ballet, Orchestra of St. Luke’s, and various churches in the New York metropolitan area. She was assistant conductor for New York Children’s Free Opera from 1985 to 1988 and was a guest conductor for the Orchestra of St. Luke’s, the American Dance Festival, the New York New Music Ensemble, the Absolute Music Group, and the New Music Consort. In 1991, Bouchard returned to Montréal in time for the world premiere of her composition Elan with the Orchestre Métropolitain during the New Music America Festival. She was composer-in-residence from 1992 to 1995 with the National Arts Centre Orchestra in Ottawa, Canada, where she composed several orchestral works and curated new music events. In 1997, she moved to San Francisco, where she resides with her husband and son.

In 2001, Bouchard was invited to participate at IRCAM’s Stage d’Informatique Musicale in Paris. Since then, she has pursued her interest in the intersection of traditional artistic practices and new technologies. In 2005, Bouchard founded New Experimental Music, Art and Production (NEXMAP), a nonprofit arts organization that explores this evolving artistic landscape. She acted as artistic director until January 2016. Bouchard was a visiting professor at UC Berkeley during spring 2016.

Since the mid 2000s, Bouchard has been creating multimedia work while continuing to compose music for the concert hall. Her works Murderous Little World, All Caps No Space, and Identity Theft have been performed in North America to critical acclaim. 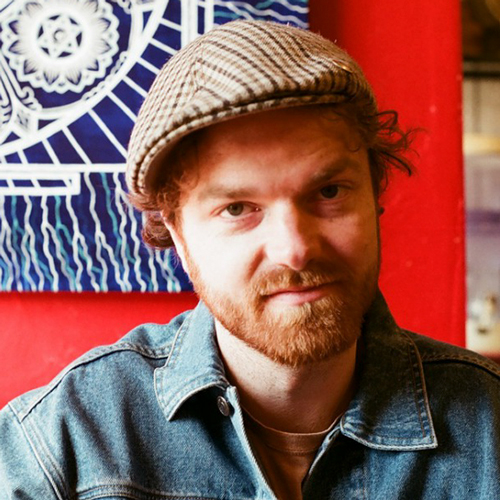 Joseph Browne is an emerging sound artist based in Montreal. His work encompasses: sound design and composition for theatre as well as interaction design and computer music.

In 2015 he was awarded CUSRA (Undergraduate Research Award) funding to research and develop spatial audio methods for stage performance. He was recently nominated for a META (Montreal English Theatre Award) for Outstanding Composition for his sound design on Scapegoat Carnivale Theatre’s production of Bar Kapra: The Squirrel Hunter.

He studied electroacoustic composition at Concordia University, where he now works as an artist researcher and technical coordinator of the Matralab, and as an associate researcher at the Topological Media Lab. His research areas include machine improvising, responsive media, spatial audio. Joseph Browne is the Designer of Ocular Scores™. 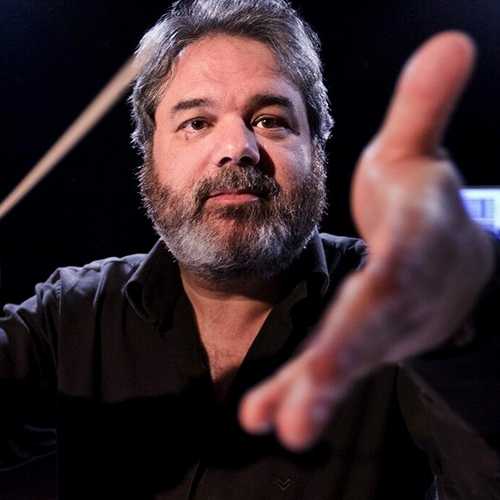 As Canada Research Chair for Inter-X Arts at Concordia University since 2006, Professor Bhagwati currently directs matralab, a research/creation center for intercultural and interdisciplinary arts. His current work centers on comprovisation, inter-traditional aesthetics, the aesthetics of interdisciplinarity, gestural theatre, sonic theatre and interactive visual and non-visual scores. Sandeep Bhagwati has been counseling the research on Ocular Scores™. 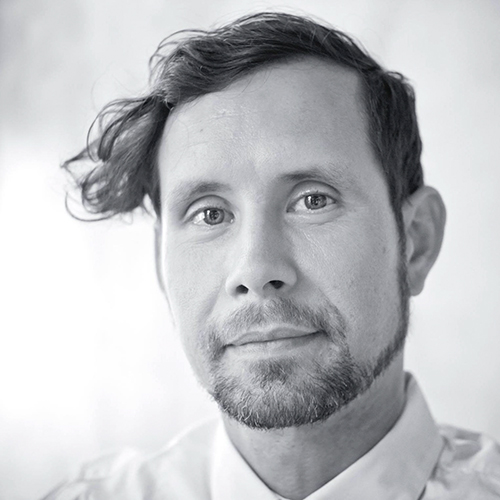 Philippe Pasquier works on creative AI and generative systems. He is both a scientist specialized in artificial intelligence, a multidisciplinary artist, an educator, and a community builder. His contributions range from theoretical research in multi-agent systems, computational creativity and machine learning to applied artistic research and practice in digital art, computer music, and generative art. Philippe is an associate professor in the School for Interactive Arts and Technology and an adjunct professor in Cognitive Science at Simon Fraser University. 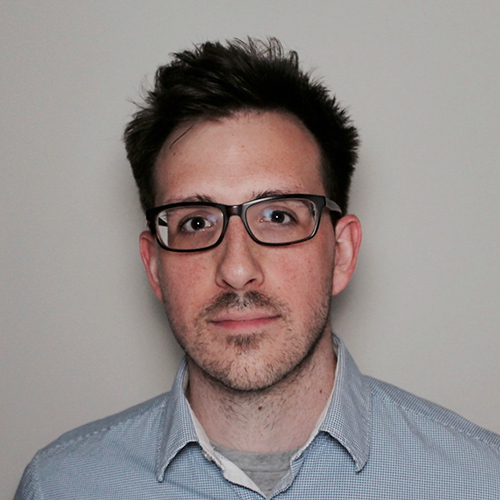 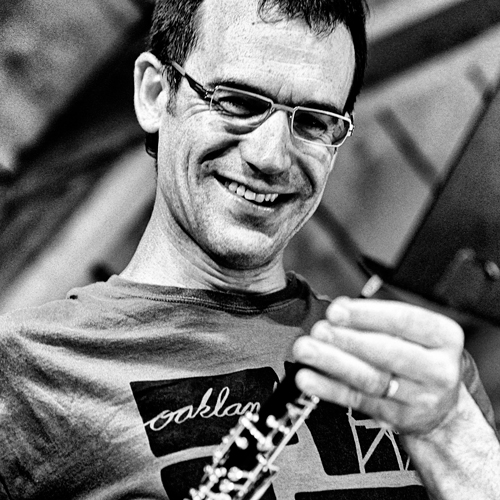 Oakland, CA-based composer/performer Kyle Bruckmann’s work extends from a classical foundation into gray areas encompassing free jazz, electronic music and post-punk rock. He is a member of acclaimed new music collective sfSound, the San Francisco Contemporary Music Players, Eco Ensemble, Splinter Reeds, and Quinteto Latino. He has worked with the San Francisco Symphony and most of the area’s regional orchestras while remaining active in an international community of improvisers and sound artists. From 1996-2003, he was a fixture in Chicago’s experimental music underground; long-term affiliations include the electro-acoustic duo EKG, the art-punk monstrosity Lozenge, and the Creative Music quintet Wrack. 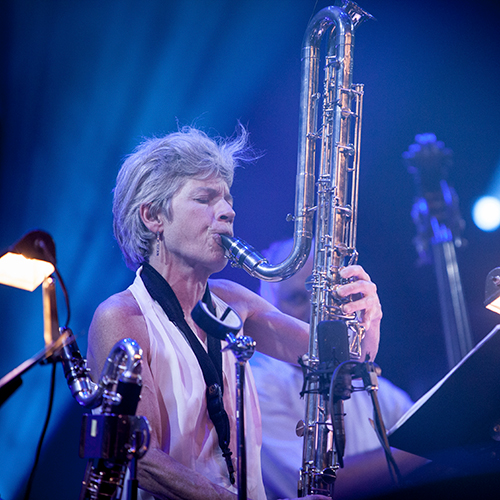 Lori Freedman is known internationally for her provocative and creative performances. As an interpreter of written music for clarinet hundreds of works have been dedicated to and/or premiered by her. While managing a full performance schedule (more than 75 concerts a year), making recordings, touring and leading workshops, Freedman has also been receiving commissions to write music for an eclectic group of artists from all over the world. In 2017 she was elected to be a Fellow of the Royal Society of Canada for “outstanding artistic achievement,” twenty years after having received the Freddie Stone Award (1998) for the “demonstration of outstanding leadership, integrity and excellence in the area of contemporary music and jazz.” Her most recent feature recordings include On No On (Mode Records), Bridge (Collection QB), Plumb (Barnyard Records), 3 and À un moment donné (Ambiances Magnétiques), Huskless! (Artifact Music), See Sawand Thin Air (Wig). 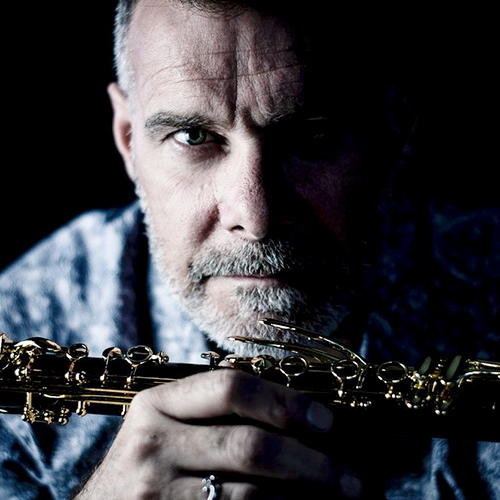 Clarinetist François Houle has established himself as one of today’s most inventive musicians. Inspired by collaborations with the world’s top musical innovators, François has developed a unique improvisational language, virtuosic and rich with sonic embellishment and technical extensions. A sought after soloist and chamber musician, he has actively expanded the clarinet’s repertoire by commissioning some of today’s leading Canadian and international composers and premiering over one hundred new works. François’s contribution to the Canadian and international improvised music scene spans three decades, with extensive touring at major festivals around the world. A prolific recording artist, earning multiple Juno Award and West Coast Music Award nominations, he has been listed on numerous occasions in Downbeat magazine’s Readers and Critics’ Polls as “Talent Deserving Wider Recognition” and “Rising Star”. 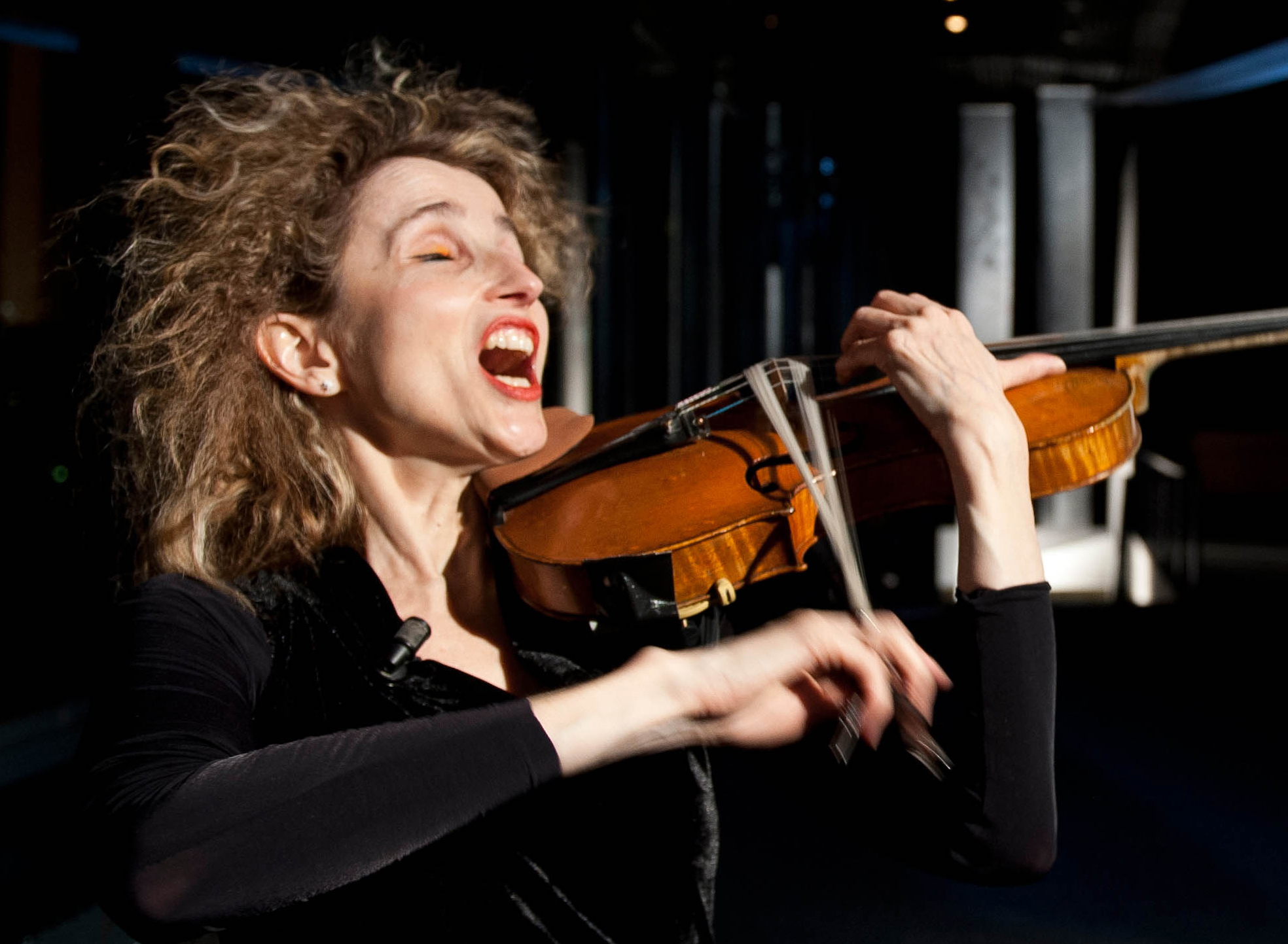 Swiss-born Charlotte Hug is an inter-media artist, composer, improviser and musician of the extreme. Her innovative solo performances in distinctive locations have created an international furore. With her inter-medial compositions, room-scores and Son-Icons (visual sounds) she created a new genre of multidisciplinary music and art. Hug has reinvented the viola. Her specialty is also a blend of viola and vocals into hybrid sounds. Having completed her studies in fine arts and classical music she won divers awards such as “artist- residencies in London, Paris, Berlin, Johannesburg, Shanghai. She was “artiste étoile” (star artist) at the world-renown Lucerne Festival and nominated for the Classic:Next – Innovation Award 2019. Hug is fully active as a concert performer, soloist, composer and conductor of her own works at major festivals worldwide. She is head of the international postgraduate studies Creation & Scenario in Music at the Zurich University of the Arts. 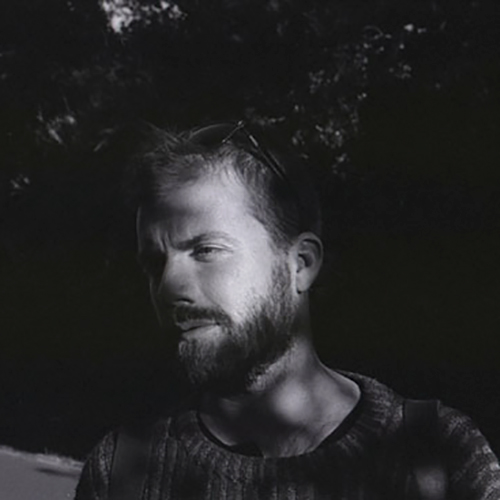 “Xavi Bou focuses on birds, his great passion, in order to capture in a single time frame, the shapes they generate when flying, making visible the invisible.”

Xavi Bou was graduated in Geology by Barcelona University while he was studying at the International Photography Grisart School. Once finished his studies in 2003, Xavi started his professional career in the fashion and advertisement photography world, as a photographer assistant. In 2009, he co-founded with his partner Dani Ciprian, La Crin Studio, a photography retouch studio specialized in big campaigns for national and international brands and magazines.

Xavi combines his retouch work with the development of his personal photography projects. Ornitographies, got him to publish in the main European magazines, like The Guardian, The Volkstrant, Sonntag, The Spiegel, National Geographic or Geo. His project also was exhibited in Holand, United Estates and Spain.